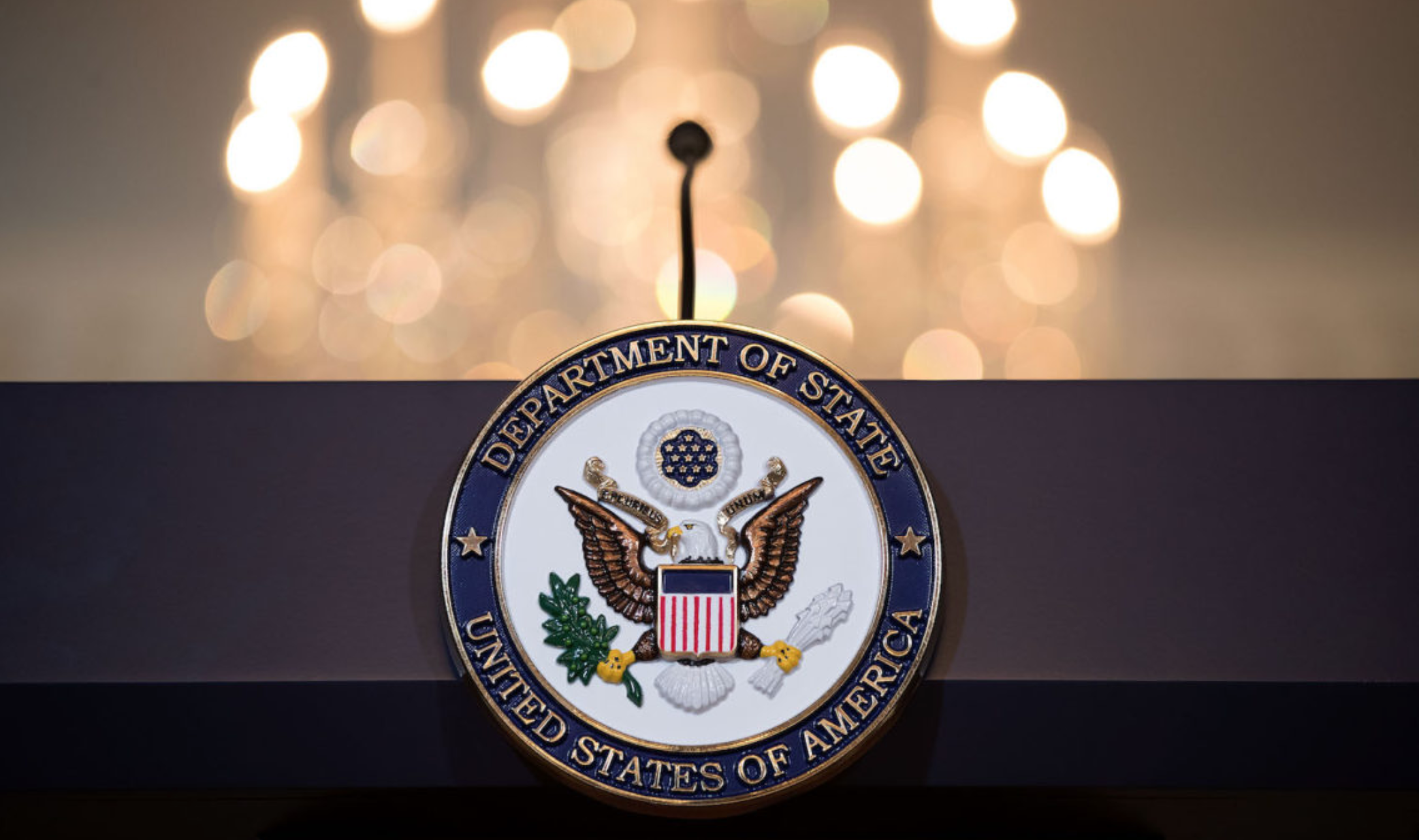 Federal agency employees largely view dissent channels as a "waste of time" and fear they will face retaliation if used, according to a report from the Project on Government Oversight (POGO).

"There appear to be few public success stories where use of dissent channels led to change or factored into a serious reconsideration of policies," POGO adds.

All too often, there are examples of how whistleblowers who go through "proper channels" in the federal government face retaliation.

POGO's report, "Stifling Dissent: How the Federal Government's Channels for Challenging Policies from Within Fall Short," examines another dimension of what happens to employees or contractors, who use dissent channels specifically established for registering their objections.

"The report found that the existing channels at the State Department and other agencies are underutilized, and that the systems don’t provide sufficient incentives or protections for employees," POGO declared in a press release.

Through agency and court records, interviews with "former career civil servants and political appointees," and previously unpublished information, POGO outlined the use of dissent channels at the State Department, the United States Agency for International Development (USAID), Nuclear Regulatory Commission (NRC), the Energy Department, and the Food and Drug Administration's Center for Drug Evaluation and Research.

Dissent channels are "formal avenues within an organization to express their professional concerns about an agency policy or policy proposal."

A dissenter's policy disclosure may be protected under civil service whistleblower law, but as POGO notes, an employee or contractor has to prove the "impropriety" of the policy is not "debatable among reasonable people," which is a "very high bar."

There is an entirely separate process for potential whistleblowers, and the lack of protection for those who use dissent channels may limit the ability of someone with political differences to obtain whistleblower protections when they are not really blowing the whistle on corruption.

On the other hand, without statutory protections that cover dissent, it is probably easy for senior officials to root out individuals who challenge their decision-making.

As POGO describes, the "Afghanistan Papers" were "confidential government interviews" from over 400 government officials and others that revealed "top U.S. diplomats and military officials had expressed profound doubts to an independent government office about the United States’ policy goals in the conflict, what winning the war looked like, and whether there was even a plausible chance at success." They were published in 2019.

The Special Inspector General for Afghanistan Reconstruction John Sopko, who led the office which conducted the interviews, said the American people were lied to about the war.

Up until 2017, the Federal Reserve did not have a dissent channel, even though the economy collapsed as a result of systematic fraud on Wall Street in 2008.

"According to a 2016 report from the Federal Reserve’s inspector general, all regional banks have ‘various internal channels through which employees can raise a variety of concerns, in some cases anonymously,” but that at least within the New York [Federal Reserve], “some interviewees identified reservations, including whether anything would be done in response to their concern or whether these channels are truly independent.”

Former State Department diplomat Elizabeth Shackelford contends one could "generously describe" the agency's dissent channel as a "suggestion box," but it's probably more accurate to "picture it as a shredder."

"State Department employees rarely use the dissent channel," according to POGO, and using the channel can "carry a degree of stigma," like those who use it have failed to "effectively advocate a position through normal channels."

"It's common for dissenters to receive a response that does not engage the merits of the dissent."

Dissent can be conflated with "disloyalty," and there is little evidence that retaliators at the State Department are held accountable.

"In a November 2019 report, the State Department’s inspector general confirmed that Brian Hook, the political appointee overseeing the department’s Dissent Channel during the first year of the Trump administration, removed a career employee from her job for political reasons. Hook, who now leads the department’s efforts on Iran, denies he did anything improper."

At the Energy Department, not everyone who uses the dissent channel necessarily qualifies for protection from retaliation.

POGO states, "If an employee believes that the [Energy Department’s] elimination of a program for detecting nuclear explosions creates a risk to public safety, it isn’t clear whether disputing the elimination would be a protected disclosure based on a 'reasonable belief' of danger or whether it would simply be a debatable policy disagreement."

"A factor that may deter employees from raising concerns is the department’s well-documented history of contractors (who run its national laboratories) that have retaliated against employees for speaking up," the report adds.

The Nuclear Regulatory Commission differs from the State Department in that it publishes information on how often the agency's dissent channel is used, the subject of dissents, how dissents are resolved, and how personnel perceive the channel. But the NRC's channel still has a negative reputation.

A 2018 retaliation study by the NRC found, "Every single respondent felt they had experienced at least some negative consequences as a result of using the process."

Yet another survey showed 100 percent of respondents believed "using the process had led to negative consequences, such as changes to their professional responsibilities or being excluded from meetings or career development opportunities."

The report mentions that NRC managers are both in charge of preventing retaliation and responding to allegations of retaliation, which practically guarantees investigations will lack independence necessary to be viewed as fair.

Furthermore, POGO highlights one NRC example that shows how the inspector general may not back up dissenters when their support is needed.

"In 2012, an NRC reliability and risk engineer named Lawrence Criscione "believed the NRC was ignoring an important report on the danger faced by a nuclear reactor downstream of a large dam should that dam catastrophically fail."

"He sent an unclassified report to several congressional offices, and included his superiors on those communications. At least one of the congressional offices shared that report with the public. Soon afterwards, Criscione’s superiors asked the inspector general to investigate, and the inspector general referred the case to the Justice Department to investigate Criscione for alleged computer fraud—a federal felony."

POGO contends, "This criminal referral was especially egregious given that the inspector general is at least partially responsible for upholding the whistleblower laws that explicitly protect going to Congress and even the media, so long as the material isn’t restricted by law. The prosecutor declined to bring a case, with the declination form indicating that no federal offense had been committed."

Fortunately, Criscione still works for the agency, but many individuals who face this kind of whistleblower retaliation resign or are forced out of agencies, which can be devastating to their careers.

'Perception Of Negative Consequences Can Have a Chilling Effect'

Dissenters do not have to experience what Criscione survived to feel impacted.

A 2014 assessment of the NRC's dissent channel recognized the "perception of negative consequences can have a chilling effect on employees."

Often memos sent through the dissent channel, especially at the State Department, will remain classified for 25 years or more. But in 2017, more than 1,000 State Department employees signed on to a memo that objected to Trump's ban on refugees and immigrants from Iran, Iraq, Libya, Somalia, Sudan, Syria, and Yemen.

White House Press Secretary Sean Spicer blasted State Department employees saying they "should either get with the program or they can go."

In contrast to many examples, it would appear if dissenters push for war they will be taken seriously.

State Department employees urged President Barack Obama to escalate U.S. military intervention in Syria through a 2016 dissent channel memo, which was leaked to the press.

"Then-Secretary of State John Kerry personally met with several of the authors," POGO recalls. Kerry made sure "they understood that he was taking those concerns seriously. Media reports at the time indicated that Kerry was sympathetic to the memo’s arguments."

To address the culture within agencies that stifles dissent, POGO recommends Congress expand the scope of whistleblower protections to cover policy-related communications that are not made through formal dissent channels.

POGO also believes employees or contractors should enjoy protections for engaging in protected speech and activity." This could be accomplished by granting federal employees jury trials, when they experience retaliation.

This was a free edition of The Dissenter newsletter. To become a paid subscriber for $5/month and receive exclusive content, go here. Your subscription will fund journalism shared through this newsletter and at Shadowproof.com.