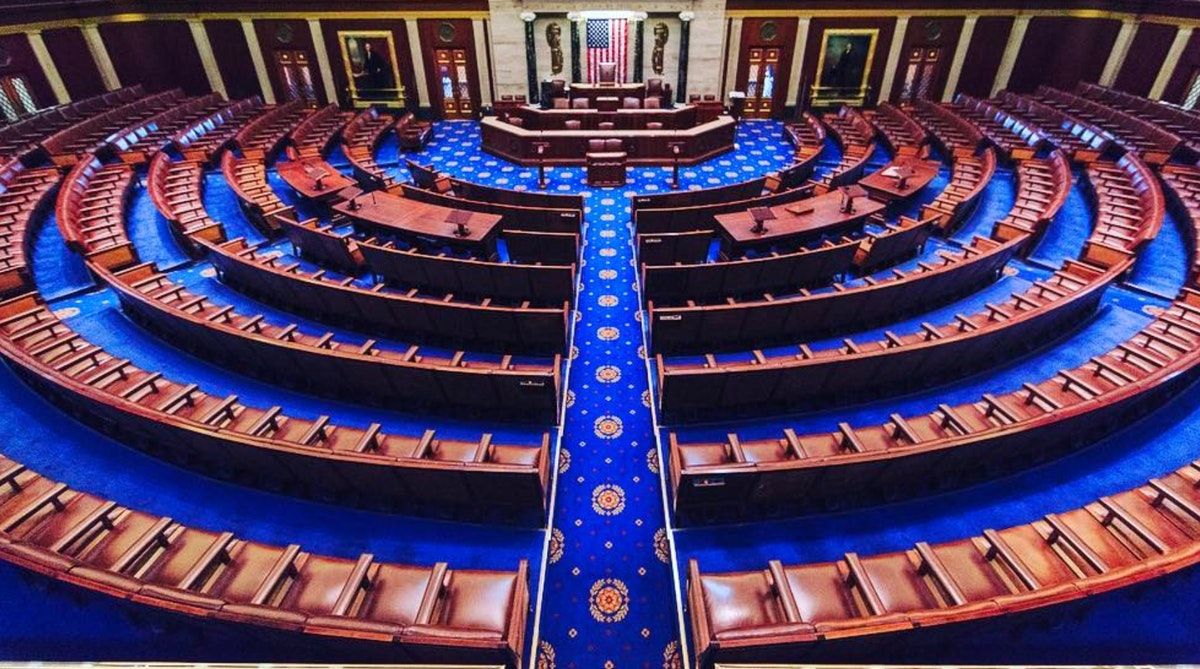 Legislation proposed in Congress would amend the United States Espionage Act and create a public interest defense for those prosecuted under the law.

"‘A defendant charged with an offense under section 793 or 798 [in the U.S. legal code] shall be permitted to testify about their purpose for engaging in the prohibited conduct," according to a draft of the bill Hawaii Representative Tulsi Gabbard introduced.

Such a reform would make it possible for whistleblowers like Edward Snowden, Reality Winner, Terry Albury, and Daniel Hale to inform the public why they disclosed information without authorization to the press.

“If this long-overdue revision of the 1917 Espionage Act had been law half a century ago, I myself could have had a fair trial for releasing the Pentagon Papers in 1971: justice under law unavailable to me and to every other national security whistleblower indicted and prosecuted since then," Ellsberg declared.

Defending Rights And Dissent (DRD), a group committed to the freedom of political expression, backs the legislation as well.

According to DRD policy director Chip Gibbons, there have only ever been three proposals for reforming the 1917 law for the better.

In fact, this bill is the second Espionage Act reform legislation to be proposed in Congress this year, but the previous proposal introduced in March by Oregon Senator Ron Wyden and California Representative Ro Khanna included no public interest defense for whistleblowers.

A bill summary stated, "Every single person convicted to date under the Espionage Act would still have been convicted had this bill been law at the time they were prosecuted.”

The Protect Brave Whistleblowers Act would change the law so prosecutors had to prove someone had a "specific intent" to injure or help an "enemy" or foreign nation through their disclosures.

Currently, the Justice Department only has to show someone had "reason to believe” they would injure the country or help a foreign power.

When material is classified, prosecutors invoke a government employee or contractor's training and the non-disclosure agreement they sign when obtaining their security clearance. This is typically enough in a U.S. federal court for prosecutors to win a conviction.

One additional change would remove the vagueness of "national defense" information, and it make it so prosecutors must prove material was properly classified if copied, taken, or obtained and disclosed without authorization.

Both of the proposed bills would address a part of the Espionage Act—798 in the U.S. code—that applies to "communications intelligence" and undermines oversight of surveillance, including programs that violate the rights of Americans.

If amended, it would expand who could receive "communications intelligence" information to the Federal Communications Commission (FCC), Federal Trade Commission (FTC), Privacy and Civil Liberties Oversight Board (PCLOB), and inspector generals to help them investigate privacy abuses.

It is currently only permissible to share classified information related to "communications intelligence" with senators or representatives in Congress, or a joint congressional committee.

As noted, government employees or contractors prosecuted under the Espionage Act would be allowed an "affirmative defense" under the Protect Brave Whistleblowers Act that they engaged in the "prohibited conduct for purpose of disclosing to the public" violations of laws, rules or regulations, or to expose "gross mismanagement, a gross waste of funds, an abuse of authority, or a substantial and specific danger to public health or safety."

Someone like WikiLeaks founder Julian Assange, a publisher who faces an unprecedented prosecution under the Espionage Act, would theoretically be better off under the Protect Brave Whistleblowers Act. They would be able to outline for a judge or jury why they published information that was obtained by a source.

However, the Espionage Act Reform bill appears to do more to prohibit the Justice Department from prosecuting journalists. It specifically ensures "only personnel with security clearances can be prosecuted for improperly revealing classified information" and aims to protect the rights of members of the press that “solicit, obtain, or publish government secrets."

“When brave whistleblowers come forward to expose wrongdoing within our government, they must have the confidence that they, and the press who publishes this information, will be protected from government retaliation,” stated Gabbard.

"People like Edward Snowden and Julian Assange, among others, acted in the public interest to expose information that impacted the American people. They are being persecuted for doing so, and under current law, are legally unable to defend themselves in court because they are prohibited from speaking about their intent for disclosing information."

"All charges against them and extradition efforts should be dropped. We must ensure that whistleblowers charged under the Espionage Act are treated fairly under our judicial system and able to mount a just, legal defense," Gabbard concluded.

There is a difference between what Snowden and Assange did. One person is a source, the other is a journalist. Yet, under the Espionage Act, there is no meaningful difference in the eyes of the Justice Department.

A war on leaks was mounted by President Barack Obama, and it resulted in more prosecutions under the Espionage Act than all previous presidential administrations combined.

President Donald Trump has intensified sustained attacks on whistleblowers, who bring scrutiny to government, and the impact has fueled a chilling effect against journalists.

The Trump administration crossed a line the Obama administration would not and charged Assange with 18 offenses—17 of which accuse him of violating the Espionage Act.

The indictment specifically criminalized Assange and WikiLeaks for seeking, obtaining, and disseminating classified information from the U.S. government.

Altogether, the Protect Brave Whistleblowers Act and the Espionage Act Reform Act reflect growing opposition to a government that uses this law to bludgeon truth-tellers and destroy their lives when they seek to expose corrupt or questionable acts on the part of officials.

Thank you for the support you showed while I covered Assange’s extradition trial. You helped my coverage reach a broader audience, and it was widely praised.

Several of you signed up for The Dissenter newsletter as paid subscribers, and this was the first of many exclusive reports you will receive each week.