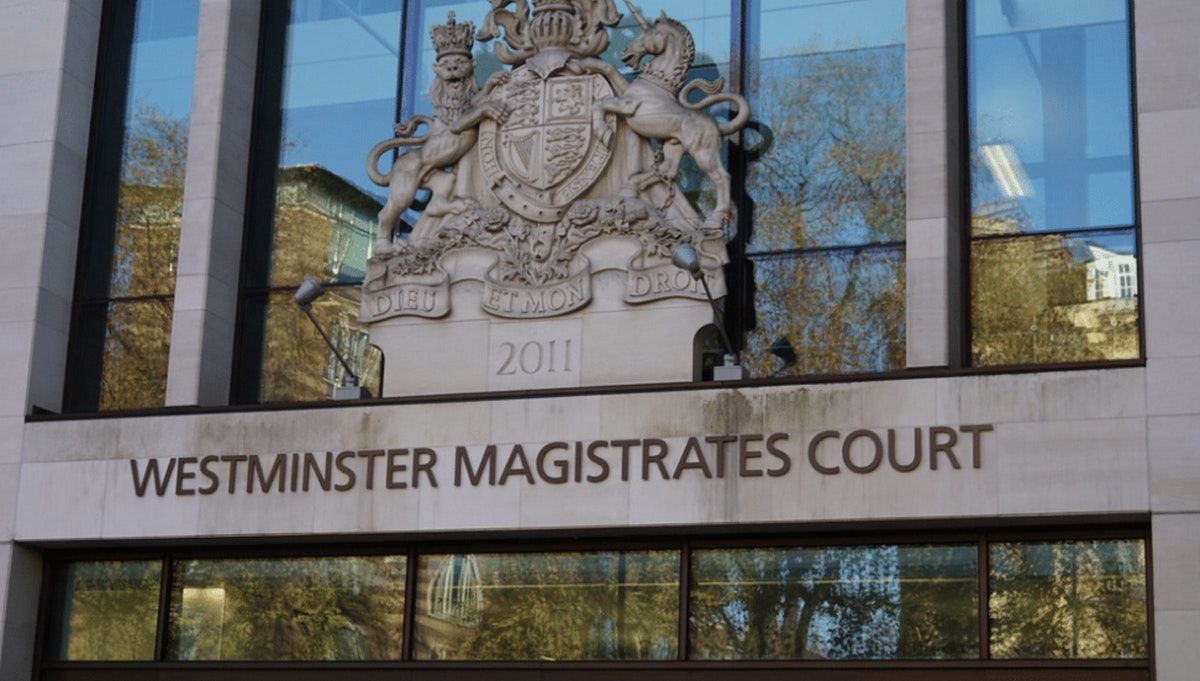 A major three-week hearing in WikiLeaks founder Julian Assange's extradition case is scheduled in London on September 7. However, the impact of the global COVID-19 pandemic will likely prevent dozens of journalists from around the world from reporting on proceedings if the Westminster Magistrates Court does not take action.

Judge Vanessa Baraitser, who is presiding over Assange’s case, previously stated, “In principle, there is no objection to the use of the cloud video platform, but there are limited licenses to use that platform and it is not generally something the court is involved in.” She added, “Applications must be made to the Old Bailey.”

On August 25, a little less than two weeks before the first day of the hearing, I submitted an urgent application to the judge and the court urging them to approve access for journalists via video link.

Without remote access, the public will be deprived of the coverage that I and other journalists would provide if the hearing was not taking place under extraordinary circumstances.

I have some experience when it comes to court reporting and requesting open justice. In 2013, the Center for Constitutional Rights represented [PDF] me, as well as Assange, Glenn Greenwald, Amy Goodman, Chase Madar, and Jeremy Scahill, in an effort to force greater transparency in the United States military court-martial against Pfc. Chelsea Manning—the source at the center of this case.

The lawsuit directly challenged the lack of access to court filings and transcripts, which undermined transparency. It also highlighted the glaring ways that the military court seemed to believe the First Amendment did not apply to Manning's court-martial.

Once more, I find myself in a position, where it is critical to demand open justice. Yet, I fear the issues of open justice are much more severe than what I experienced with the U.S. military.

No journalist wants to travel to the United Kingdom and find themselves trapped in the middle of a second wave of the COVID-19 pandemic.

COVID-19 cases may have leveled off at around 1,000 new cases per day in the U.K., but the U.S. State Department still has a "Level 3" advisory for U.S. citizens with travel plans for the U.K. They are urged to "avoid travel due to serious risks to safety and security."

France, Germany, Italy, and Spain are "enduring the kind of infection levels not seen in many months."

In early August, French travelers were exempt from a mandatory 14-day quarantine. The country was removed from the list in the middle of the month.

Germany and Italy are still on the list of countries exempt from quarantining despite the spikes occurring in their countries.

Like hundreds of millions of people throughout the world, I have a medical condition that I believe would be exacerbated if I contracted COVID-19.

Additionally, to my knowledge, the United States is not on the list of countries exempt from quarantining for 14 days upon arrival in London because the U.S. has the highest rate of infections (30,000-40,000 new cases per day).

But the Westminster Magistrates Court has offered no guidance to international journalists related to quarantine restrictions and what we would have to do in order to be allowed into the Old Bailey courthouse, where proceedings are scheduled.

It is my understanding that I would have to travel to the U.K. now if I wanted to cover the second and third week of the proceeding. I would not be able to attend most of the first week due to quarantine restrictions.

I was one of the 60-70 press or legal observers, who attended the four-day hearing in February. Since there is a prohibition on live streaming the proceedings, we were the public’s eyes and ears.

The Old Bailey has a very limited number of seats for press, and only a quarter of those who attended in February can reasonably expect to be credentialed to attend the hearing. So it is a certainty that if the court does not act the public will have to settle for incomplete coverage.

Incomplete coverage would inevitably lead to uninformed speculation about whether the court was engaged in a cover-up on behalf of the United States. The most sensible way to prevent such suggestions from spreading is to grant journalists access to live video during the hearing.

Unfortunately, the court has not done much during the pandemic to ensure remote access works, even though attending in person is entirely risky and impractical.

On April 27, May 4, and June 1, case management hearings were held. Each one was plagued with their own frustrating difficulties.

Doctors For Assange has monitored the case out of concern for Assange's health and recalled how "persons in court were inaudible" on April 27. Phone lines were not muted, and noise disrupted the ability to follow what happened.

When a delay occurred on May 4, the court staff muted the call then failed to unmute after it started. The hearing unfolded without a clerk ever bothering to ensure the press and observers could hear proceedings.

On June 1, yet again nobody was muted. Noises and talking disrupted others' ability to listen to the hearing. The judge was also "inaudible" due to the "inadequate set-up and use of microphone," according to Doctors For Assange.

The most recent case management hearing on August 14 was not any better. The court gave journalists a phone number and access code for the wrong courtroom. When journalists and observers joined the correct courtroom, there was silence. The judge commenced proceedings without patching us into the hearing.

Given the high stakes of this case, the Westminster Magistrates Court's handling of press and observers is unacceptable.

If Assange is extradited to the United States, it will significantly impact freedom of expression in the United States. It will mark the first time a publisher is prosecuted under the U.S. Espionage Act.

This case is especially important for international journalists, as it represents the first time that a foreign publisher of an online-based media organization has been sought for extradition under the Espionage Act.

The submission to the court notes, "More than 100 media organizations around the world published material from the WikiLeaks' publications in the indictment for which Mr. Assange now faces extradition and prosecution in the United States."

Witnesses for the defense will testify on the history and alleged political motivation of the prosecution, as well as free speech issues. Multiple journalists will provide testimony to help the defense unravel key misrepresentations about how documents were published.

Doctors will present testimony on Assange’s deteriorating health, and another set of witnesses will testify on prison conditions in the United States and the cruel and inhuman treatment he might endure while awaiting trial.

Open justice requires that the court take meaningful steps to ensure the press—and legal observers—will not experience the same difficulties as they have over the past four months.

Especially under these extraordinary circumstances, the court should grant this urgent application for press access to live video so journalists do not have to risk their health to travel and cover the Assange case.

The court should also approve this request so journalists no longer have to deal with the uncertainty of wondering if they will be able to provide coverage or not to readers, listeners, or viewers in September.